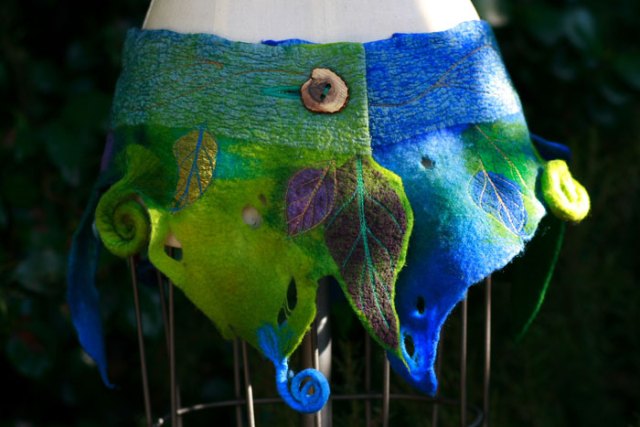 Yekaterina Mokeyeva. A fiber artist who is popular especially in the felting world for her 3-D designs and the extremely complex surfaces of her works. Her creations are often  rich in extraordinary floral patterns and extraordinary color hues. Feuer und Wasser is the name of her art studio, and no name could have been more fitting. Indeed, in all of her works you can clearly perceive the strength of Fire and the vitality of water. Both are components of the Macrocosm of nature.

But now let’s found out more about Yekaterina by reading how she answered my questions! Enjoy! 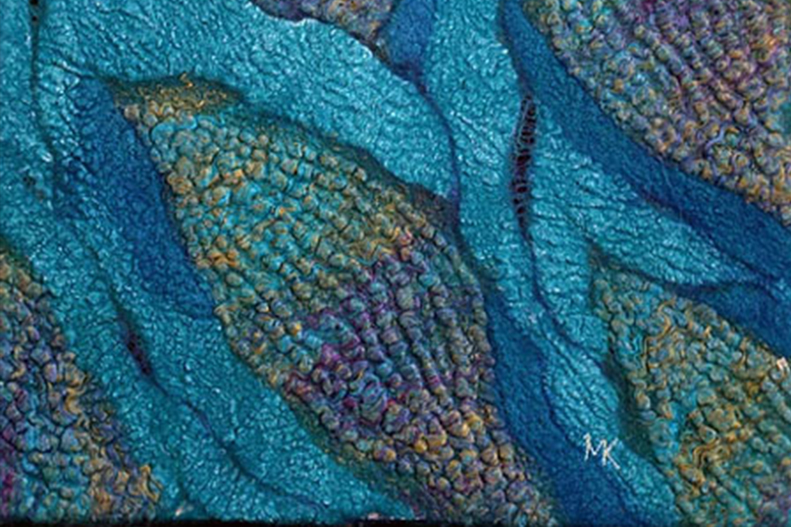 DHG: you were born in Moscow. Do you think your origins influenced your approach to felting?
YEKATERINA: my Moscow childhood involved many classical lessons in drawing and painting. Since in the USSR, if you wanted to be accepted into art universities, you had to start from an early age. On the one hand, this helps with utilizing a variety of materials as an art medium. But on the other hand, to go beyond the boundaries of the “correct” and create something unexpected is somewhat limited by the scope of academia.

D: you have lived in many different places. What are the differences in the use and the experimentation with felt in the different countries?
Y: I was introduced to felting as an art technique at California College of the Arts in 2004. Almost after 10 years of living in the US. Afterwards, I traveled quite a bit and observed the varying preferences. As with all designer circles, northern aesthetics differ from southern ones, as do eastern from western ones. Scandinavians like laconic appearance and clean form. Eastern Europeans prefer abundant decor and color.Japan is entirely unique from the prior. And yet, this is more about traditional preferences. Modern felting relies on the individuality of the artist,and a bit less on local traditions. In some Asian countries, felting holds a utilitarian meaning, but therein are also artists and designers who work with felt in their own ways. In the western world, felting made a huge comeback during the second half of the 20th century, but the role was more decorative. 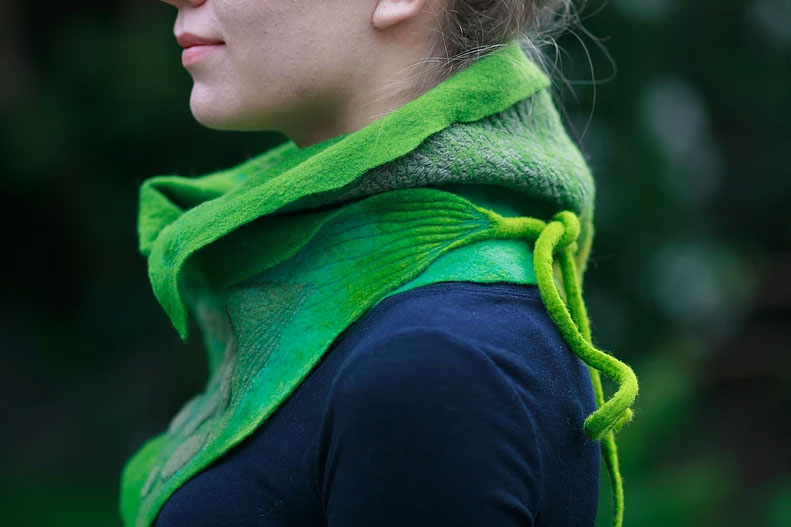 D: your works are highly experimental. They are complex and conceptual. What are the fundamentals steps in the creation of one of your models/works?
Y: essentially, I create an item on one breath of air, over many hours or days, and I usually don’t stop until it is completed. Otherwise, it becomes difficult to return to. Projects vary, so from the technical point of view, fundamental steps can change. For example, I initially drew one of my works, but the idea required certain mathematical calculation for its construction, some parts had to be felted part of the way before everything could be joined and finished. And even then you can’t fully be sure that the outcome falls in line with your vision of it. But sometimes, you do not need such specific steps, and everything falls into place, without calculations, relying only on intuition, layout, felting, fulling, and finishing touches. Similar to how a song could be written.

D: what are your sources of inspiration?
Y: it seems that the main source of inspiration is common among all people, but their resources are not the same throughout. This source is primarily nature: the nature of the planet, plant and animal life, the nature of humans, society, feelings, processes, thoughts, and so on. In my inspirations, it’s nature at its most primal, untouche. 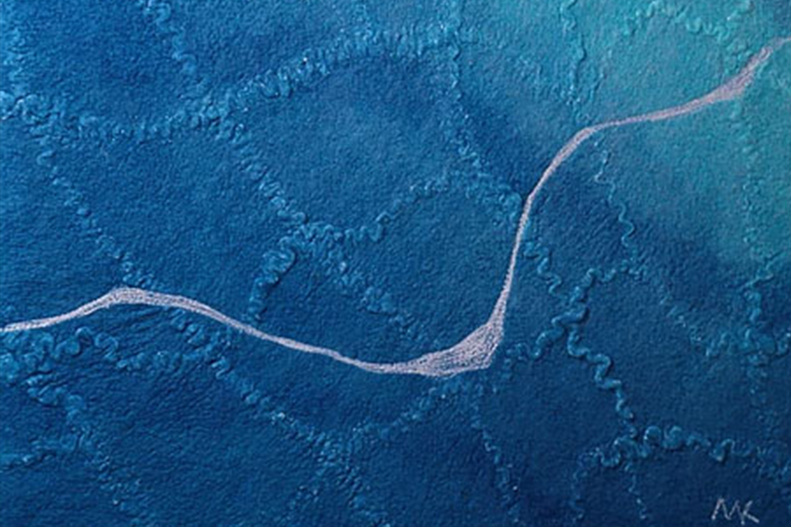 Yekaterina Mokeyeva as a teacher

D: you are also a much sought-after teacher. What is the most pleasant aspect in sharing your knowledge, and which is the least pleasant?
Y: it brings me great joy when I see people express a particular passion for this art form, their desire to try something new, or take pleasure from creating. Sharing that which you have with like-minded people is very pleasing. What is unpleasant is that I have to rush. Time with students is very limited, and this limit adds to the stress factor. But the most important thing is the process itself!

D: if you had crystal ball in your hands, what would you like to see in it?
Y: if I looked into a crystal ball, I would like to see not the future, but the past. If you truly know the past, you might know what to look forward to in the future. Perhaps I would like to witness the creation of Scythian felted masterpieces that belong to the Pazyryk culture of Southern Siberia. 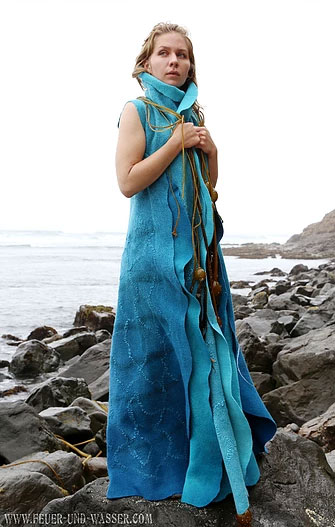 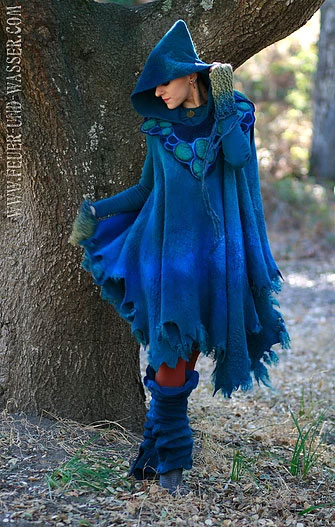