Pantovola and her imaginary theatre

Looking for out of the ordinary dolls, that are old-fashioned with a hint of contemporary? Then you’re in the right place! Anouk de Groot (Pantovola’s real name) is a doll maker who has a mystifying talent and a daydreamy but decisive look. Bearded women, tattooed men and well-dressed animals, magically co-exist in a perfect world. Very moving! Born in Holland and currently living in Galicia but not for much longer as she is getting ready to move to France. She loves travelling, the sense of freedom and her dog, Flynn.

Read the interview to find out all there is to know about Pantovola, well almost all.

PS: she reminds me of Diane Arbus, what about you?

I’m guessing Pantovola is a stage name. What does it mean? What’s your real name?
Pantovolais my artist name that I came up with by combining three words I really like.
The multi layers of the words that it consists of are:

How did your passion for dolls and puppets shows come about?
I do however have a very specific memory of a late crisp winter afternoon away from home, cycling through the flat wintery country side with my grandmother to see a puppetry show on a farm just outside of the city. The theatre was set up in the barn, with thick burgundy velvet curtains, wooden school chairs and a magical scent of dust and animals encasing the space. The setting, the smell, the dimmed light and the puppetry transported me completely, and I think that this is the feeling I try to relive and capture in my own art and doll universe.

You depict an imaginary world. What is magic to you?
I find everything really magical… People, animals, the mind, creativity, music, a foggy forest, a donkey in a field, the way water moves in a river, the fact that we live on a small rock in an ever expanding universe and that we are all made of stars. I find smell and scent magical. How it can transport us to a memory of a tiny insignificant thing that happened twenty years ago… memory in itself is magic… Like our mind is an ever growing universe in itself, building bigger and bigger with more memories of our lifetime.

The best day of your life?
I have had many days that would qualify for ‘Best Day’. One of these days was when it was grey and moody and I drove along the West Coast in Scotland with a couple of friends to see some standing stones. My friends were taking pictures of the stones and so on, but I walked off to the ocean alone a bit further away. It was almost evening and the sea was so calm and time was of no relevance, it didn’t exist in that moment. And then I noticed this big grey seal, just a meter away, sticking its head above the sea’s surface. The seal followed me all the way as I walked along the ancient pier, and kept looking at me with its big black, piercing eyes. That connection was just so perfect. The rest of the day I can’t remember, but only that moment there, made it a perfect day. 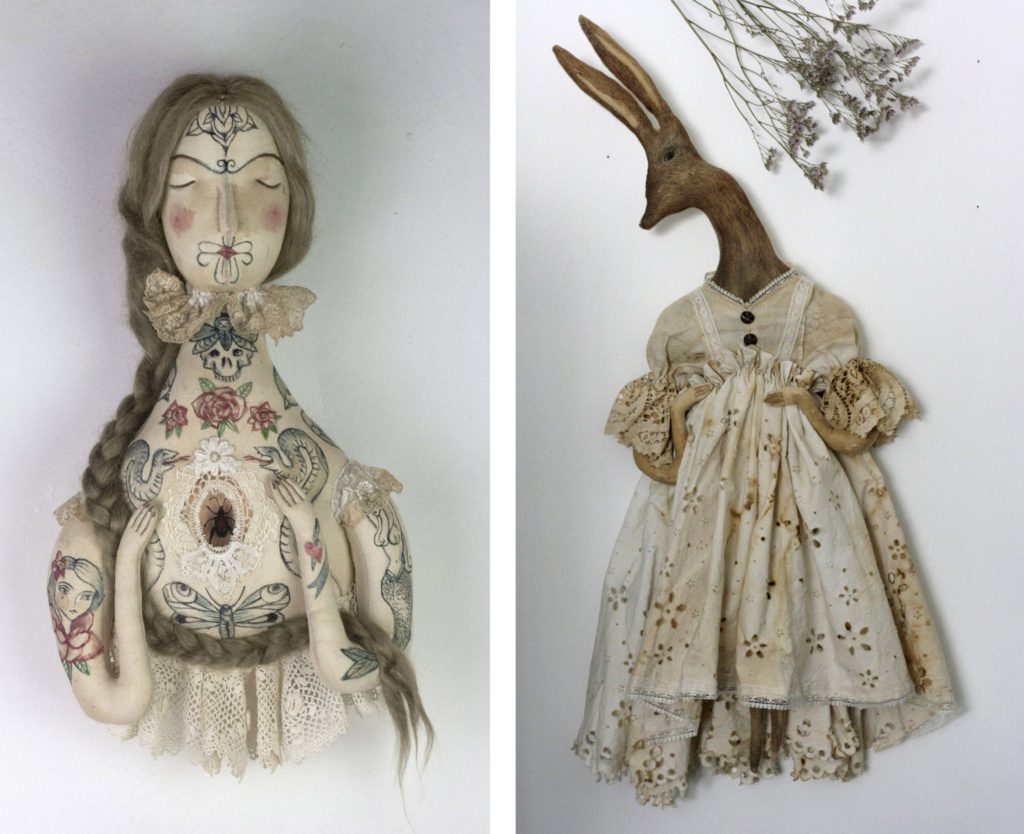 The most complicated part of your job?
Selling. I don’t like putting a price tag on my work and the whole process of selling art is really quite stressful. I am often worried about dolls getting lost on their way in the post also.

Out of all the characters you created, which one are you most attached to?
I am most attached to my own Witch Doll Talula, because I made her for myself at the very start of Pantovola. I made her to protect me from negative ideas and to help me keep it real. 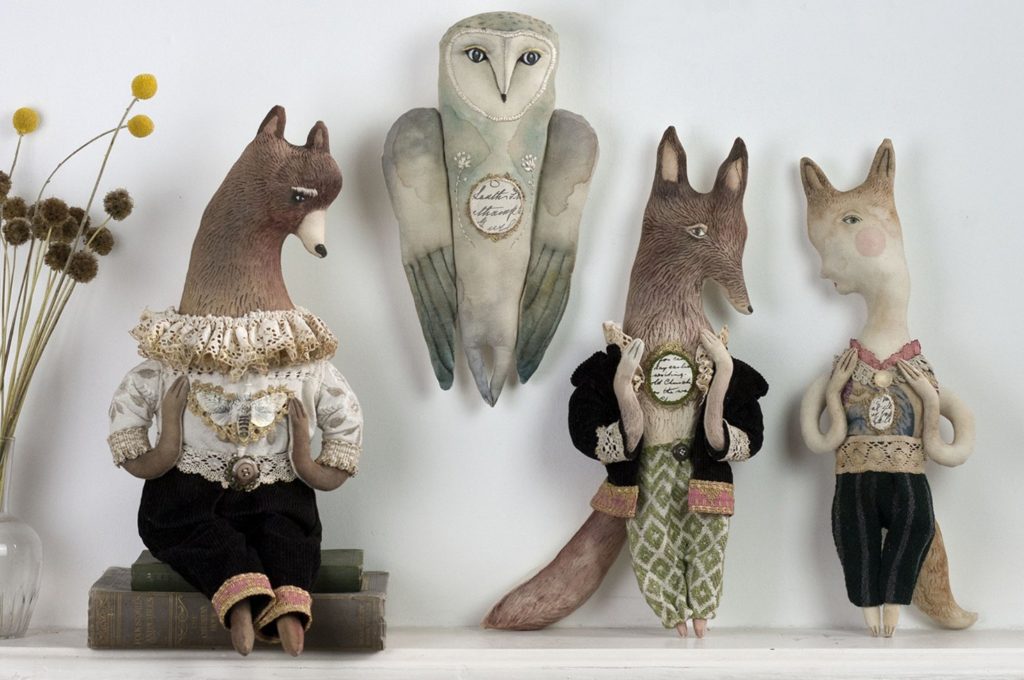 Not just dolls but also stop motion videos. Could you tell us a bit about the project with Bright Side Studios?
Yes, the short film ‘Precious‘ was my third animation film with puppets, but I only made the dolls and illustrations for this one. Bright Side Studios (who are also good friends) was responsible for the animation and putting the film together, and my friend Alabaster de Plume, a brilliant human-being, poet and musician, created the soundtrack. We crafted the story around one of my dearest characters called ‘Bragi‘. He is a sad clown that cries tears made of pearls, alone on a hilltop in the night. The film touches upon mental health issues, and I chose Bragi to be the main character because his sadness is both his burden, but also his beauty. I think in our society we have a very unhealthy relationship with sadness, as if it is a demon, our enemy. But sadness and happiness both live in the same place, lie day and night, summer and winter, they both need each other in order to exist in a balanced way. 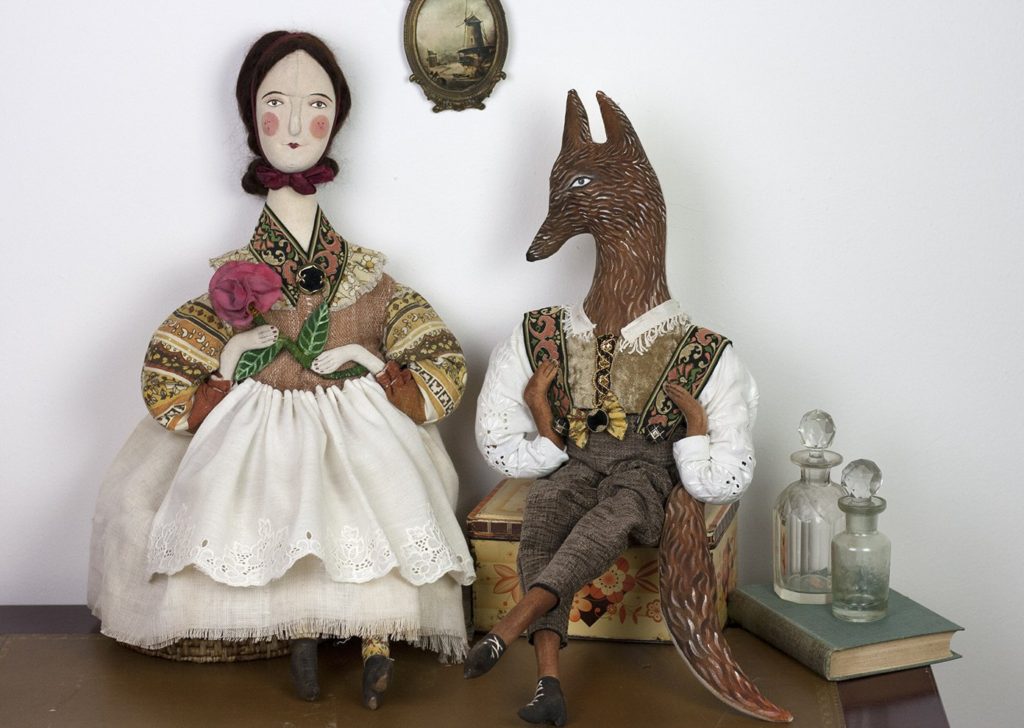 Your world is an antique one, where children’s games were basic and required a great deal of imagination. What are your views on the new technology and games for the children of today?
The more wealth a child ‘requires’ to express themselves, the poorer the pure expression becomes, in my opinion. Remember going to the woods, finding acorns there and making acorn matchstick creatures? Or simply painting something on a piece of paper or your bedroom wall? Making a puppetry theatre with a cardboard box and tea towels for curtains? I don’t think children need loads of plastic and technology to satisfy their needs to express themselves creatively. I don’t have children, so I can’t judge really, but I only know from my own experience that the less you have, the more you make. 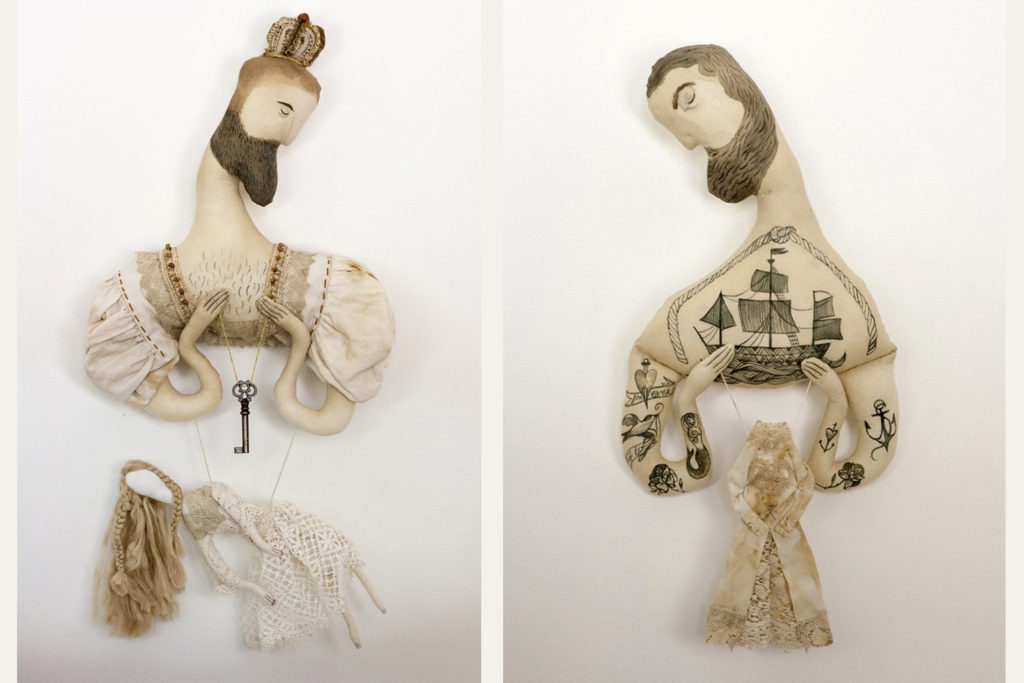 Your Magician comes to life and grants you a wish. What would it be?
He would probably wish me to never lose touch with my inner child and to always remain enchanted by the world and its creatures.

If you liked this interview, you may also be interested in reading the one with Sabatina Leccia.