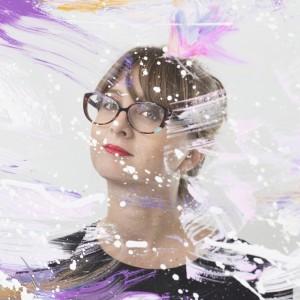 Out of all the various dyeing techniques Tie Dye and Shibori are probably the most popular and ones that are tried out the most. That’s why we think it’s a great idea to introduce you to these two wonderful techniques. The aim isn’t to teach you how to do them (a post wouldn’t be enough) but to give you some background information on the basic principles. We hope this will clear up any doubts or misconceptions which we come across every day.

The term Tie Dye was invented in the late 60s in the United States, but despite this modern commercial name, the origin of this resist dyeing technique is much older, as far back as 5,000 BC! This technique is really common in many countries around the world but goes by various names: in India it’s known as Banfhana, Plangi in South America and in Japan Shibori. The technique has different characteristics in every region but the thing that they all have in common is that the patterns are made by making knots.

As a matter of fact, tie -dye dyeing consists of binding or folding the fabric according to precise patterns. By doing this, sections of the fabric ‘resist’ during the application of the dye and therefore prevent the dye reaching those areas. The outcome is quite something, making it very popular with the modern fashion industry too.

Shibori is considered a genuine art handed down from teacher to student. Still to this day, the Japanese who get married in traditional clothing wear a small handkerchief, which has been dyed using this technique, as a lucky charm in the obi (a sash which keeps the kimono closed).

It stands out from other Tie Dye techniques because as well as the knots some tacking is done, creating truly captivating and complex designs. The traditional Shibori goes well with Indigo shades on a white background, from light blue to deep blue.

Elaborating on the Shibori technique we can say that there are as many as 6 main techniques, all which must be done consistent with the type of fabric used.

If you liked this article, you might also like reading the article on how to achieve perfect dyes with Indigo.